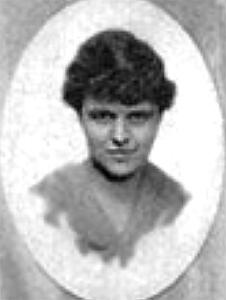 Edith Cummings was born in Beatrice, Nebraska and attended the University of Missouri. In that era, the University of Missouri had a strong astronomy department. She graduated Phi Beta Kappa in 1915 with a bachelor’s and with a master’s degree in astronomy in 1917. Recognized as a gifted student. Cummings conducted research with Professor Robert Horace Baker. She wrote a master’s thesis entitled “The eclipsing binary TV cassiopeiae,” which was published in the Laws Observatory journal in 1918. In recognition of the distinction of her thesis, Cummings was awarded the Laws Astronomy Medal in 1916. Professor Baker hired her as his research assistant from 1915-17 and they co-authored several publications. Baker wrote in his recommendation letter for graduate school: “As an undergraduate Miss Cummings was the most promising student I have had…while unfortunately she is not a man, I believe she is hampered by her sex less than any aspirant I have known. In our extrafocal work she has done a man’s share. She has unlimited energy, health and strength to accompany it. She intends to make astronomy her life’s work.”[1] Cummings earned her PhD in astronomy from Berkeley in 1923. During her graduate years at Lick Observatory, she co-authored at least two publications with her contemporary Priscilla Fairfield.[2] Cummings built a photoelectric photometer, an instrument deemed highly innovative, used to measure the intensity of starlight work. This was an unusual achievement for a woman. Her doctoral thesis was entitled “The Photoelectric Photometer of the Lick Observatory and Some Results Obtained with it.” This research was published in 1924 in the Lick Observatory Bulletin.[3] In 1922 Edith Cummings married William Halvor Taylor, a physics graduate of Ripon College, and gave birth to a daughter the following year. She moved to Wisconsin with her husband who worked for the Bureau of Standards; they later divorced. After several years Edith Cummings Taylor appears to have lost touch with astronomy despite her accomplishments and her vow to make astronomy her life’s work.[4] 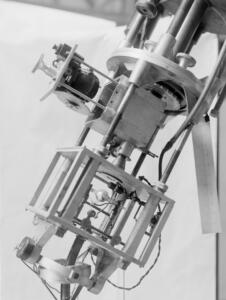