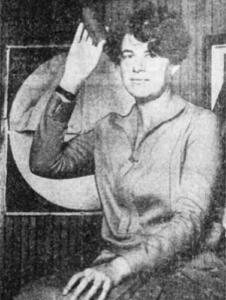 The daughter of a physician, Katherine Prescott grew up in a prosperous family in Boston. She earned an undergraduate degree in both astronomy and physics from Berkeley in 1923. On the basis of undergraduate research she was elected to Sigma Xi, a scientific research honors society. As a graduate student in astronomy, Prescott was named a Fellow at Lick Observatory. The Oakland Tribune published an article “A Co-ed Comet Calculator” about Prescott and a fellow student who plotted the path of an oncoming comet in 1927. Prescott wrote her dissertation “On the motions of perijove of the fifth satellite of Jupiter” and earned the doctorate in 1933. While in graduate school she married Howard B. Kaster, a Berkeley alumnus of the class of 1922 with a BA in astronomy. As a grad student, Kaster wrote at least one research paper with her husband, Howard Kaster: “The Orbit of a Comet a 1925” published by the Astronomical Society of the Pacific.[1] Claiming cruelty, Katherine Kaster sued for divorce in 1934 after six years of marriage. The Oakland Tribune reported that Howard Kaster “began to complain about her cooking.”[2] Katherine Kaster continued to publish in astronomy journals through the 1940s. Lick Observatory, where she was employed as a Research Fellow in Astronomy, records her activity there from 1924 -1937. Scant biographical information is available about Katherine Prescott’s professional life after 1940. From a very promising early career, she seems to have disappeared from astronomy. In 1942, Prescott published a short history of two coastal islands in Maine, associated with the Prescott family: Cousins and Littlejohn’s Islands, 1645- 1893. 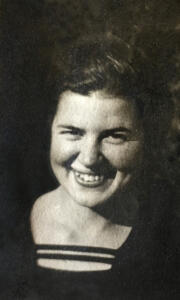