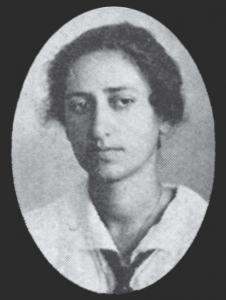 Mary Lea Heger grew up in Belvedere, across the bay from San Francisco. She majored in astronomy at Berkeley as an undergraduate, class of 1919 and received her PhD in Astronomy in 1924. As an undergraduate, Heger enjoyed the small classes and friendliness of the astronomy professors. During her senior year she was hired as a teaching assistant to instruct celestial navigation to naval officers. In her oral history Heger states that her pursuit of an astronomy doctorate was accidental. While aiming to obtain some observatory experience at Lick, she discovered that an idea she had while an undergraduate “just panned out…and became a ready-made thesis.” “I don’t think I meant to take a PhD when I went up” to Mount Hamilton in 1919. [1] Unlike the usual progression from coursework to research, she conducted observations at Mount Hamilton during her first year in the doctoral program. Describing her research problem as “irresistible” she said, “It was as though the thesis came and said, ‘Take me’.” Heger is credited with a major discovery: observing and researching the Diffuse Interstellar Bands 5780 Å and 5797 Å fifteen years before her contemporary P.W. Merrill, a fellow Berkeley PhD astronomer who spent his career at Mt. Wilson. She was one of the first people to detect sodium atoms in interstellar space and in doing so initiated “a substantial field of research.” [2] 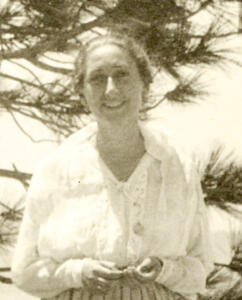 Mary Lea Heger married her fellow grad student Donald Shane in 1920, just after Donald finished his PhD. The significance of Heger’s doctoral research makes one wonder what she would have accomplished, had she not given up her research career in astronomy to raise children and support her husband’s work. Their son Whitney Shane was born in 1928 and graduated from Berkeley in 1951. An observational astronomer whose career was in the Netherlands, Whitney Shane conducted research in structure and dynamics of galaxies. While Donald Shane served as the Director of the Lick Observatory from 1945-58, Mary Shane acted as the “scientific hostess” of the observatory community, welcoming astronomers from all over the world, apparently with grace and generosity. Shane describes the liveliness and warmth of the Lick community in her oral history, the life on Mount Hamilton, which included square dances, hikes and picnics, and preparing Christmas dinners for families of staff and faculty on the mountain. The children of faculty and staff attended a one-room school there. During the Second World War, Shane accompanied her husband to Los Alamos, where she worked as a computer in theoretical physics and he worked on the Manhattan Project. Toward the end of her husband’s tenure at Lick, Mary Shane discovered dilapidated boxes in the attic of the Observatory which contained correspondence, handwritten scientific copy books, albums, and other memorabilia, which motivated her to spend five years organizing what became a historic archive of the Lick Observatory. “Under her leadership and with her active participation, a group of dedicated volunteers identified, classified, and catalogued thousands of letters, clippings, and photographs. Letters from almost every notable American astronomer since Simon Newcomb, as well as from many European scientists, can be found in the Shane Archives.” [3] The Mary Heger Shane Archives, which were renamed in her honor in 1983, preserve an invaluable record of Lick Observatory. [4]